What is Profit Fade


Any contractor planning on doing public works projects will require the services of a surety to provide performance and payment bonds.  When meeting with your local performance bond 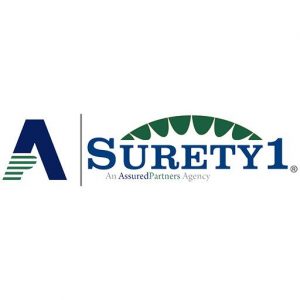 underwriter you may hear the term “profit fade”.  So what is profit fade? Lets start by reviewing some accounting terms. The surety industry (as well as the IRS) will require a contractor at some point to report its financial statements using the percentage of completion method. This method of financial reporting requires a contractor to report the profit on a project throughout the project’s life time. For instance, if a project has an estimated profit of $100,000 at completion and the project is 75% complete at the date of the financial statement reporting, the contractor would recognize $75,000 of  profit on that project. If the project were 35% complete, the contractor would recognize $35k in profit. Back to the original question, what is profit fade?

So why would a performance bond underwriter care about profit fade?

Back to the original example, in the original accounting period the contractor recognized $75k of profit on the project. That means $75k of profit made it to the profit and loss statement, but that was not an accurate profit estimate. In reality, on that first accounting period, only $67.5k of profit should have been recognized so the profit of the company was inflated by $7.5k. That also means the net worth and working capital were over inflated by that same amount.  Lets assume that this was just one of a doze open contractors and none of the other projects suffered from profit fade. It that case, no surety underwriter would even bring the subject up. In all likelihood, the contractor has some jobs that made more money at completion than estimated along the way in which case the contractor actually under reported profit.

The surety bond underwriters will penalize a contractor for consistently overstating profits. Overly optimistic profit estimates will result in the underwriters making their own internal adjustments. Profit fade also shows a potential breakdown between estimating and project management. If you are reading this post, you know that construction is not an exact science and that profit fluctuations are going to occur through the life of almost any project. Profit fade is only an issue of it happens with regularity and enough severity that an accurate profit estimation would have changed the underwriters perception of the risk.