It’s hard not to feel a sense of awe when driving past a massive quarry. The enormity of the excavations is mind-blowing, knowing the millions of tons of earth that have been dug out of that massive hole, one truckload at a time. Seeing the enormous machines dwarfed by the vastness of the abyss is enough to remind you that good, hard work is still accomplished in this country, and if you are a part of it, you should be proud. The complexity of excavation, extraction, and transportation is almost unmatched, but the legal logistics of applying for a quarry permit are nearly as complex, particularly when it comes to surety bonds.

There is a lot that can go wrong when digging a massive hole in the world and this is only complicated when you add in proximity to water. Throw in the vast constellation of subcontractors and the chances that something could go wrong increase exponentially. That’s why any municipality that allows quarry building should require the main contractor to be bonded. Having that guarantee can help you get the job and get digging underway, as we’ll see in this example from upstate New York. 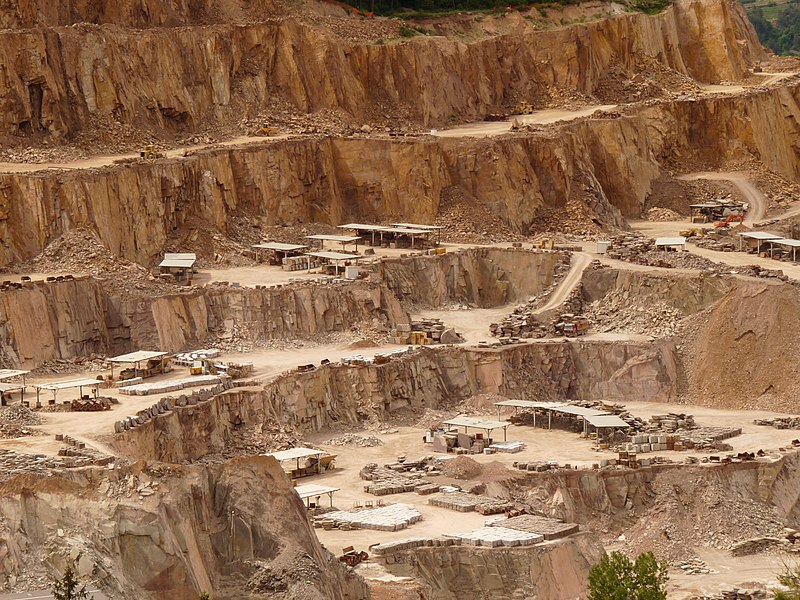 Lockport’s Quarry and the Need for Performance Bonds

Upstate New York developed because of two things: proximity to the Great Lakes and it’s massive natural resources (OK, two very big things). This proximity to the connection between Lakes Erie and Ontario helped during overland portage since ships couldn’t pass through the Niagara Falls. Then, as the Erie Canal was built, towns began to pop up all along the path, with names like Lockport, Brockport, Dockport, etc. (what they lacked in creativity they made up for in industriousness).

Quarries are now one of the driving features of the economy and the town of Lockport is dealing with one of its main diggers, LaFarge North America[1. “City of Lockport, Lafarge negotiating over details of quarry blasting,” June 18, 2015, http://www.buffalonews.com/city-region/lockport/city-of-lockport-lafarge-negotiating-over-details-of-quarry-blasting-20150618]. LaFarge already runs an enormous quarry excavating dolomite-based stone. They are applying for an expansion of 9.9 acres on the dig, which will produce nearly 1.5 million tons of aggregate.

However, the expansion will place them essentially on top of the main water supply for the city, which comes from the Niagara River. This 36-inch pipe is the primary source of water for the residents and the fear is that in the process of digging, LaFarge may inadvertently damage the pipe and threaten the water supply, or that their digging will do harm to the water quality. The city wants to be sure that if this happens, there is a contingency.

That contingency will come in the form of a performance bond. They are negotiating with LaFarge about the size and scope of the bond, what LaFarge will be covered for, and what will trigger the bond. This protects the city in case something happens. When water is threatened, the last thing anyone wants is a lengthy legal process to get someone to fix and pay for the damage. It’s highly preferable and smart to make sure that details are worked out considerably ahead of time.

It seems likely that the parties will come to a deal, and soon. It is worth it for LaFarge and Lockport certainly isn’t holding them over a barrel (or pushing them down the Falls in one). The request for a performance bond is perfectly reasonable and LaFarge wants to make sure they aren’t held accountable for seismic or other natural elements that aren’t their fault.

Demonstrating the Need for Performance Bonds

In some instances, it is easy for contractors to be disappointed or to feel like they are going to be held responsible for occurrences that aren’t their fault. This is why it is important to deal with a trusted and reputable surety company, such as Surety1. They can help you understand the wants and needs of the entity with whom you are bidding, make sure that the bonding process is a reasonable one, and that you aren’t taken advantage of. The great thing about a bond is that it ties all parties together in a web of mutual responsibility, in which what is good for one is good for everyone else.

The bond also helps the city feel comfortable, which is why it is so important to have one. If you are competing for a bid against contractors who aren’t bonded or who are bonded by untrustworthy companies, having a bond from a company like Surety1 helps assure the bidding agents that the work will be performed responsibly and that if something goes wrong, it can be easily remediated. This puts you on top as well. Even when digging a quarry, no one wants to be in a hole.

Getting work for your construction or quarrying business requires the backing of a formidable Surety company with a dependable reputation. Contact Surety1 today for a quick and fair bonding process that’ll get you to work.