What Does a Performance Bond Guaranty?


We get calls every day requesting all sorts of different surety bonds, and many times the person on the other end of the line doesn’t even know why they are being asked to provide a bond. This is true with contractors and businesses who enter into a contract requiring a bond. The bonds associated with contracts are generally performance bonds. 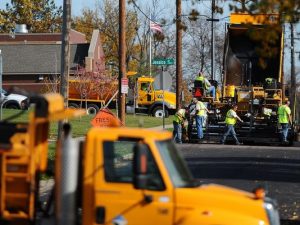 What does a performance bond guaranty? While common in public works construction, a performance bond can be required in virtually any industry in which the owner wants a guaranty from whoever it has hired, that they will successfully complete the contract to the terms and conditions. This guaranty comes from a surety company.

A great example of how a performance bond works, and what it guarantees, was recently illustrated with a City of Sioux Falls project. Schwartzel Construction was awarded asphalt projects to repave damaged streets through the city. The contractors admitted it took on more than it could handle and quickly fell behind schedule. After over a year of being behind schedule the city fired the contractor. Because there was a performance bond required on the project, the city’s recourse was to make a claim against the contractor’s bond. The result was the surety company working with the city to hire a new contractor to finish the work; and the bond covers any additional cost to the city, protecting tax payer dollars. For the entire article click here.

Without a performance bond, in this example the city would have no recourse when firing the contractor. The city would simply have to rebid the job, and likely result in a higher price and wasted time. The bond guarantees to the city, that the project will be completed at the original price.