New safety regulations are being implemented in Boston regarding construction work on city property. 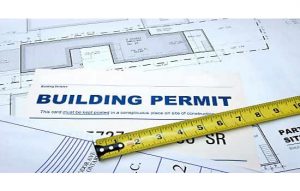 In order to work on city projects, construction  companies need to provide their safety records before they can obtain a permit. A record of Occupational Safety and Health Administration (OSHA) violations will be submitted to the city.  City officials are allowed to deny, revoke, or suspend building permits if the contractor has a poor safety record. This regulation has been created because of a tragic event that occurred in Boston October of 2016. As two construction workers were working in a trench, a water main broke resulting in the trench flooding and drowning both workers.

Currently, Boston is committed to  protect and to ensure companies who work on city projects are held to a higher safety standard then ever before. If a company commits a safety violation, they will be held accountable. On December 16th 2016, the proposed ordinance was passed and will be in effect once Mayor Marty Walsh signs the measure.

The goal for this ordinance is to ensure and to protect construction workers and the public in Boston. Boston hopes that unnecessary injures or deaths upon construction workers will be avoided.  It assures that companies and individuals that work on city projects will comply with safety rules and regulations. The construction companies who have  previously worked on Boston city projects and have complied with the safety regulations will benefit from this ordinance.

To visit the OSHA homepage, click on this link.