It is so tempting for a contractor. The straight up public bid market can be very un-forgiving. A contractor has built up its balance sheet, done everything right, has surety bond capacity to spare, all it needs is some more work. The Federal Government sets aside hundreds of millions of dollars of work each year for various disadvantaged groups, including minorities, disable veterans, native Americans,  are the first that come to mind.

The established contractor decides to try to circumvent both the letter and intent of these set asides by starting a sham company.  Putting someone in business with one of the designations, even though that person may not have any real control.  As reported in the Des Moines register: 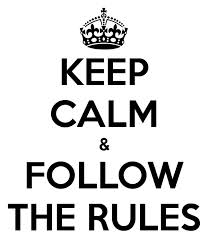 admitting his role in a scheme that prosecutors claim secured $23.4 million in government contracts meant for businesses owned by disabled veterans. In a hearing Friday, Ram Hingorani pleaded guilty to one count of major program fraud in an agreement that will dismiss a host of additional fraud and money-laundering charges against him.

In an indictment, prosecutors accused Hingorani of setting up a company in 2007 with Ronald Waugh, a top employee of Hingorani’s construction company and a disabled Vietnam War veteran.

Waugh, of Glenwood, owned 51 percent of the new company, Midwest Contracting Inc., allowing the pair to bid for U.S. Department of Veterans Affairs contracts marked for veteran-owned businesses, including projects in Des Moines, between 2007 and 2010.

Prosecutors contended Hingorani actually controlled the company and shuffled the work to his own company, Midwest Paving.

In the plea agreement with federal prosecutors, Hingorani signed a stipulation of facts, admitting Waugh never controlled management of the new company’s employees or finances. Additionally, a shareholder’s agreement creating the company — written at Hingorani’s direction — included an option for Hingorani to buy Waugh’s shares in the company for 10 years.