Roger Cook, a California class A & B licensed contractor, has been in business several years and like any contractor out there, has experienced highs and lows throughout the years. And in public works construction, it’s the norm to go several weeks without being awarded a job. The smart contractor will not waiver from their bid practices and understands that eventually their number will be low and they will be awarded the tough-to-come-by low bid.

etition fierce in the Northern California public arena and experiencing a long run of lost projects, Roger shifted his focus to bid jobs with a technical element, jobs that allowed for some creative bidding and solutions, jobs that gave him a competitive advantage. He found one on a United States Department of Agriculture (USDA) project on Antelope Creek Streambank in Rocklin, CA.  And Roger took advantage.

A quick summary of the job. The streambank was eroding and encroaching on a city park and nearby homes.  The job called for the restoration of the streambank, including a retaining wall, linear rock, and removal and replacement of vegetation.  A small project with an engineer’s estimate of $250,000 to $500,000.  Only difficult part was removing the water from the stream in order to work. 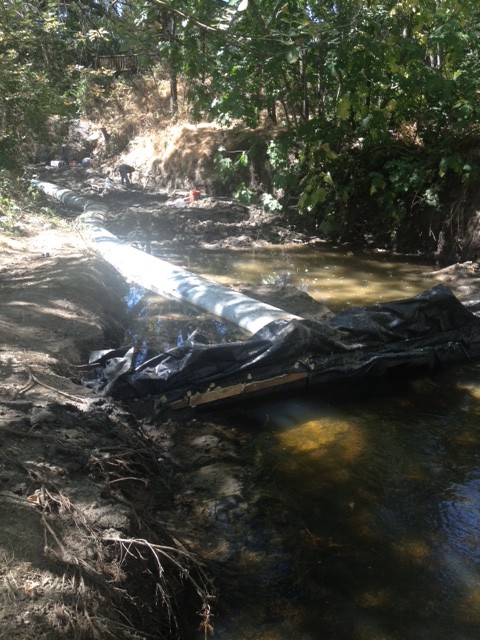 Recognizing an opportunity, Roger figured the other bidders would pump the water from the stream, an endeavor that calls for an expensive machine, 2 4ft pipes, and 24 hours of operation for weeks, maybe months.  Not only would this be expensive, it would be noise pollution to the park and nearby homes.  His idea? He built a temporary dam, and diverted the water naturally through a pipe liner and let gravity do the work. The diversion is a few hundred feet and worked beautifully.  Not only is it quiet, but it was the reason Roger was awarded the job and saved the USDA about $50,000.

Surety 1 is proud to have provided the performance and payment bonds on this project. We are happy for Roger, and even more thrilled he was able to do this again on a similar, but larger project. Keep up the good work! 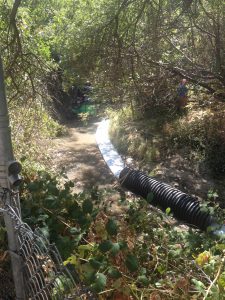 Posted in Performance Bonds, Uncategorized. Tagged with: Contractor License Bond, creative ways to get bonded, how to get a bid bond, performance and payment bonds