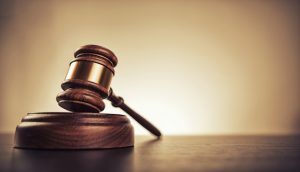 A Frankfort judge delivered a guilty verdict for 4 counts of wire fraud as well as 1 count of conspiracy to commit wire fraud.

Chief executive officer of Global Green Holdings David Bennett promised that 1,4400 jobs and millions in revenue would come from this project.

The scheme required contractors such as Elza Construction LLC to wire money to an escrow account instead of them getting a performance surety bond. Bennett then promised the money would be used to release financing for the project and then returned within 3-4 months.

Once he received the money, Bennett kept some for himself and then distributed some to his co-conspirators. Sadly, Elza Construction LLC never got their money returned. Bennett will expect to be charged with the maximum sentence of 20 years on each count of wire fraud plus 5 years on the count for conspiracy to commit wire fraud.

More information on this story can be found here.