Courts in every jurisdiction throughout the United States have been requiring bonds to guarantee judgments rendered by the court for over two hundred years. Suretyship dates as far back as 2750 B.C. and since Surety1.com’s beginning in 2003, Surety1 has considered a vast array of court bonds, offering some of the fastest turn-around times and the most attractive rates as well as an online application platform. this guide to civil court bonds is meant to be a comprehensive explanation of the most common court bonds required. IF YOU ARE LOOKING FOR A FIDUCUARY, INCLUDING PROBATE, COURT BOND, CLICK HERE

Each and every court bond under consideration has its own set of specific underwriting requirements to determine the nature and extent of the risk. Below are the two basic requirements for the vast majority of court bonds.

When a court case is settled and a judgment rendered, the losing party may desire to appeal the decision to a higher court. This bond guarantees that the appeal will be prosecuted and the Principal will pay the judgment together with interest and costs, should the higher court reaffirm the judgment, even if for a lesser amount.

TERM OF THE SURETY BOND

Appeal bonds are considered high-risk since the principal lost the underlying case and the bond is a financial guarantee that the judgment, interest and costs will be paid. As such, the amount of the appeal bond is usually more than the judgement amount. All sureties view these bonds as a hazard code “5”, on a scale between one (1) and five (5), with five being highest risk.  Due to the financial guarantee aspect of the bond, collateral is a usually a requirement to ensure that the principal will pay the judgment if unsuccessful in their appeal. Most sureties will only accept cash, or an irrevocable letter of credit as acceptable collateral. The irrevocable letter of credit must be on a form dictated by the surety, from a financial institution deemed acceptable by the surety as collateral.

This is a general guide to civil court bonds, there are exceptions and additional underwriting information maybe required by the surety.

TERM OF THE SURETY BOND

This is just a guide to civil court bonds so keep in mind that underwriting considerations for all surety bonds can vary based on the specific obligation. Attachment / Garnishment bonds are generally considered lower risk and seldom require collateral. On the 1 to 5 risk scale, with 5 being the highest risk, most sureties consider Attachment / Garnishment bonds as a 2, however  domestic disputes between individuals are to be avoided.

Click Here to apply for your attachment / garnishment bond 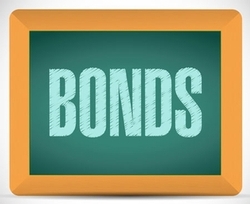 A lien could be placed on property by anyone if they feel money is owed to them. The most common lien is from a contractor who hasn’t been paid for labor and/or materials. In order to clear the title of real property, a Release of Mechanic’s Lien Bond will be required in most
states. The bond takes the place of the property and will act as security and a financial guarantee that any judgment rendered against the property as a result of the plaintiff’s lien foreclosure action.

While this is just a basic guide to civil court bonds, in addition to an application the surety will often require:

The surety industry in general considers release of lien bonds to be very high risk. They are usually a hazard code “5” on a scale of one to five, and, generally, collateral will be required by the surety as a condition for approval. Acceptable collateral is usually cash or an irrevocable letter of credit from an approved financial institution.

This is a guide to civil court bonds and there are exceptions. Financially well qualified companies and individuals may qualify for a Release of Mechanics Lien Bond without collateral.

Click Here to apply for your Release of Mechanics Lien Bond

Sometimes referred to as a writ of attachment bond, A writ of distress authorizes an officer to seize a person’s goods. It is usually used in situations where a landlord has the right to obtain a lien on a tenant’s goods for nonpayment of rent.

The surety industry generally  considers distress of writ bonds (writs of attachment) to be generally low risk – a
hazard code “2” on a scale of one to five. Additional critical information needs are:

Click Here to apply for your Writ of Attachment Bond

The surety industry generally considers these bonds to be moderate risks or hazard code “3” on a scale of one to five. These bonds are, for the most part, financial guarantees. As such, collateral is often a consideration in many cases – especially those where the obligation is long-term. Underwriting information for an injunction bond may include :

This is general guide to court bonds each case would be underwritten on its individual merits.

A replevin bond guarantees that the plaintiff will return the recovered property along with any costs to the
defendant, if resolution of the lawsuit favors the defendant. In a replevin action, the plaintiff claims
ownership and entitlement to the possession of property as opposed to an attachment where the property
in question belongs to defendant. A counter-replevin is filed by a defendant who seeks to prevent
repossession of the property by the plaintiff until the matter is resolved in court. A counter-replevin bond
guarantees “re-delivery” of any property in question plus costs and attorney’s fees if the defendant is not
successful in court.

In the case of a plaintiff’s replevin bond, generally surety industry considers these bonds to be lower risk or hazard code “2” on a scale of one to five. These bonds are freely written for reputable merchants or financial institutions.

In the case of a counter-replevin,  these are generally considered high risk or hazard code “5” on a scale of one to
five. Collateral may be a necessary consideration to write this bond.

Additional underwriting information that the surety may require includes:

This guide to civil court bonds is a general guide and includes general underwriting guidelines. Every bond is different and different information may or may not be required.

Cost Bonds guarantee payment of court costs, such as fees to the clerk of courts. They may be required if the plaintiff does not maintain an office or if they are a non-resident of the state. Removal Bonds guarantee the payment of court costs assessed against the principal, if they
request a case be removed from a state court to either another state or a federal court. If the case was improperly removed, the principal is liable for the costs of the court.

This is just a quick guide to the most common types of civil court bonds. For information on Fiduciary court bonds, click here. Surety1.com is a service of AssuredPartners   one of the largest and fastest growing insurance agencies in the country. Surety1 is licensed nationwide and has been the premier online provider of court bonds since 2003.